We won’t sugar-coat this: data entry is hard work. But in some cases, having a person type in election results is the most accurate way to get the information we need into the format we need it in. This is usually the case when a state or county stores its election results in an image-based PDF that can’t be parsed properly using programmatic tools. Something that looks like this: 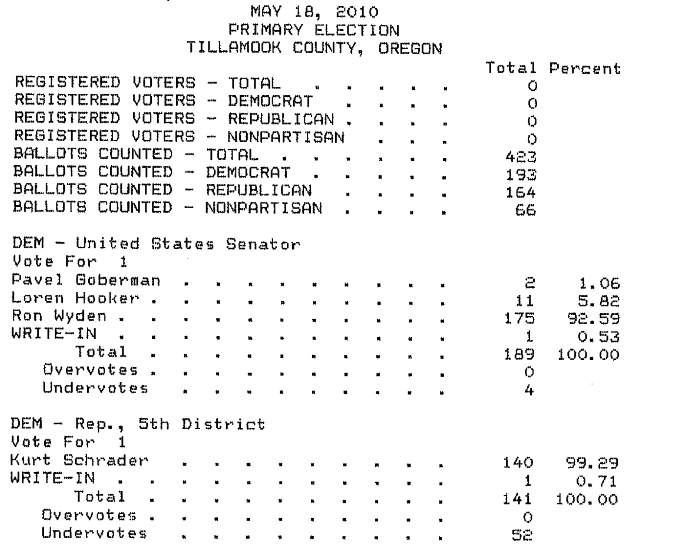 File names match the generated_name standard described in our docs. So the CSV file to match the first example would be 20121106__ms__general__chickasaw__precinct.csv. The OpenElections CSV layout approach is to mirror the results file as much as possible, with one exception: we try to have a single result on each line, rather than multiple candidates or precincts. Where totals are included, leave the precinct column blank and mark the overall winner in each race in the winner column, which takes a boolean value of TRUE for winning candidates:

For elections that have only county-level results, total rows will leave the county blank for races that involve more than one county:

For elections in which two candidates advance to a runoff, both candidates are marked as winner.

We have data entry tasks in the following states: